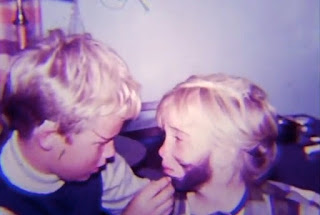 I was walking with my daughter taking our morning constitutional on a brisk fall morning.  The leaves were starting to turn and the sky was a calm blue.  I tried to keep my mind focused on the positive – the beauty around me and how blessed I am to have my sweet children and a loving husband.  But for some reason I felt panicked.   I felt lost even though I knew exactly where I was.  I started to think about the election and the twinges of panic started to build – that helpless feeling I used to get in my parent’s living room when I was five waiting for dinner and seeing very disturbing images from Vietnam on the evening news with Walter Cronkite.
At five, I wondered how adults could watch such a show – a show at that young age that I knew was real and not pretend.  The newscasters would talk about the war and good kind men like Martin Luther King and Robert Kennedy Jr. would try to make the world a better place.  I liked both those men – they were dads and with big families like mine.   But sitting in the living room holding my Barbies, the world which should have seemed ordered became very unpredictable. 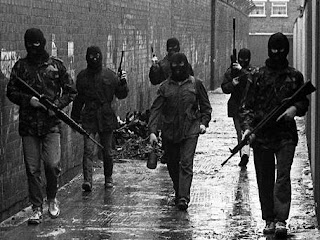 I would see and hear terrible stories about the IRA (Irish Republican Army) who creating acts of terror in the name of my culture and religion and innocent people were being killed in the crossfire.  I was afraid that somehow because I was in this country and those things were happening in Northern Ireland that people would think my family was part of those acts just because we were Irish and Catholic.  I would imagine it’s the same terror an American Muslim child feels when something bad happens in the name of Islam either in this country or other places. They feel that they will be blamed because they share that same religion but like me would never raise a hand to hurt another human being but the stigma of being part of group that was actively trying to bring down the status quo in a very violent way is there.

I was afraid that my older brothers would be drafted into a hell hole that would not allow them to leave alive or if they survived they would not be the same people that I loved.  My mother threatened to send them to Canada if they were drafted which put my father who was a veteran of World War II in a bind because in his heart of hearts he knew that he could not send his sons over there.  Luckily, the war ended before they were old enough to be drafted.

As adults we seem to forget that current events can leave its mark on our children and the terror that I felt in 1968 when the world seemed so upside-down is probably the same that our kids feel now with an election that is filled with frightening predictions no matter who is elected, a year of mass shootings, talk of deportations, race riots and the threat of armed insurrections after election day. 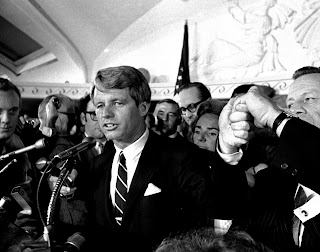 For instance, I remember my older sister Kathy was having a slumber party the night that Bobby Kennedy was shot.   My child-like mind loved that the girls were going to play games and my younger sister Sharon and I got to have M&Ms in Dixie cups in our room just like the teenage girls.  Then the news came through and I distinctly remember seeing a brick wall and police sirens and red lights.  My mother was crying because another Kennedy had been shot and it brought back the memories of November 1963 which was also the year I was born.  The next morning the girls in the slumber party awoke to the news that Bobby Kennedy had died at 4:44 am. 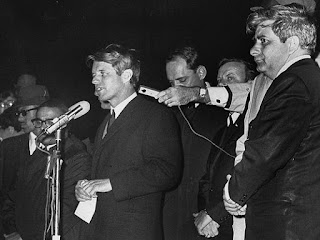 The day before my 5th birthday on April 4, 1968 – Martin Luther King was shot and killed.  Ironically Robert Kennedy was the voice of reason in Indianapolis when he had the terrible job of announcing the passing of MLK to a crowd that was not aware that he had been shot.   His words were pure eloquence and helped keep that town from rioting when so many cities were plunged into chaos in those days after the assassination – here are some excerpts from that speech:


“For those of you who are black and are tempted to fill with -- be filled with hatred and mistrust of the injustice of such an act, against all white people, I would only say that I can also feel in my own heart the same kind of feeling. I had a member of my family killed, and he was killed by a white man.
But we have to make an effort in the United States. We have to make an effort to understand, to get beyond, or go beyond these rather difficult times.
My favorite poem, my -- my favorite poet was Aeschylus. And he once wrote:
Even in our sleep, pain which cannot forget falls drop by drop upon the heart, until, in our own despair, against our will, comes wisdom through the awful grace of God.
What we need in the United States is not division; what we need in the United States is not hatred; what we need in the United States is not violence and lawlessness, but is love, and wisdom, and compassion toward one another, and a feeling of justice toward those who still suffer within our country, whether they be white or whether they be black. 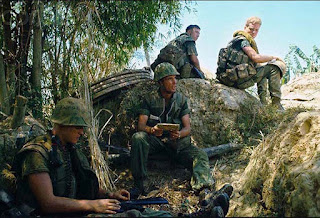 the Kennedys but fathers in Vietnam who would not live to see their child’s next birthday.  1968 was the most expensive year in the Vietnam war with the US spending $77.4 billion ($527 billion by today’s standards) on the war. The year also became the deadliest of the Vietnam War for America and its allies with 27,915 South Vietnamese (ARVN) soldiers killed and the Americans suffering 16,592 killed compared to around two hundred thousand of the communist forces killed.  Compare that to 4,486 U.S. soldiers who died in Iraq and 2,345 U.S. soldiers who died in Afghanistan during our current conflicts.

As adults I think we assume that our children don’t pick-up on the world around them outside of their school, after-school activities and latest shows on the Disney Channel and Nickelodeon.  We try to protect them from the bad things that go on outside, but they do pick-up on what is going on- with all the wall-to-wall coverage and the inevitable election they are seeing our anxiety no matter which side of the isle you sit on.  I knew my parents were upset about the things with the war, gun violence and race relations.   It was tough trying to reconcile why anyone would think sending young men to the dangerous jungles of a foreign land to fight people we didn’t need to have a fight with. The sights of Vietnam from the news are still locked in my memory and the terror of those images as a five year old is stored and accessibly managed from the safe distance of 48 years hence and the assurance of my parents that everything would be okay even when they had no idea if it would be.  But that’s what American’s do – we pull it together and get it done when we need to and many times we’re there for each other – that’s our baseline.

Our country has endured a Revolutionary War and the redux in the War of 1812,  the Civil War, WWI, WWII, the Korean War, the McCarthy Hearings, Civil Rights, Vietnam War, Watergate, Dessert Storm, Hanging Chads, 9/11, the War on Terror and any number of mass shootings – and somehow we managed to work together and get through it.  I remember crying in the aftermath of 9/11 outside a building and having a stranger give me a hug- I didn’t even have to say why – it was just understood.   Yet here we are 15 years later and the vision of American could not be more far apart between the Trump and Hillary supporters.

Just as much as I want to put on my game face and tell my kids that it will all be okay – I’m not entirely convinced it will be.  I remember people worried that the election of a black man would cause racists go to nuts and there would be carnage in the streets – but there wasn’t. 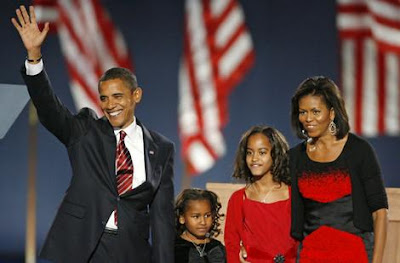 A co-worker of mine at the time told her husband to get their boys from school  because now that there was a man of color in the White House the black kids wouldn’t listen to their white teachers and there would be gang fights everywhere in the suburbs.  Of course that didn’t happen (although race relations has been dealt several set-backs over the last few years.)

The transfer of power during the election of 2000 was a perfect example of how our democracy works.  It didn’t work out in my political favor but there were not riots or calls for an armed overthrow of the government. 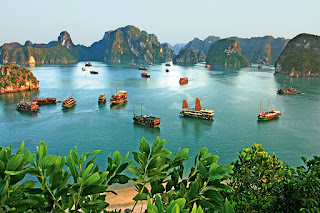 But even as I despair about the divisions here in the US, I see hope in an unlikely place like Vietnam.  It’s now an international tourist destination – beautiful and a foodie haven.  Recently Anthony Bourdain went there and not only visited some wonderful restaurants but showed how US Vietnam vets where making peace and getting closure.  John McCain - a man  who was captured and a prisoner for five years in Hanoi - was instrumental in getting relations normalized between the US.  In fact the Vietnamese people in their 20’s and 30’s have never even known war – that’s how far that country has come.  When I saw that on CNN – I cried because if a country that lost so much over 40 years ago can move on – so can we. 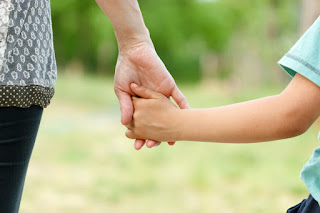 So considering all we’ve been through America – are we up to the task of this election?  Can we look past diatribes and demagoguery to make a rational choice for president?   Are the next four years going to be nothing but each party blocking the progress of the other?  Will our children be able to sleep knowing that the adults have it under control? These questions have been keeping me up at night and there are no easy answers – I wish there were.   My optimism has dimmed but maybe we’ll rise above the pettiness of this election and forge a new path and show the world we’re better than what they’ve been seeing on CNN and FOX .  That’s my prayer and the thing I’d tell that frightened five-year old both now and back in 1968.
Posted by Kelley Cody-Grimm at 7:58 AM 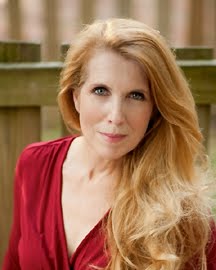