A Profile in Courage

Courage -  the ability and willingness to confront fear, pain, danger, uncertainty, or intimidation.


I was sitting with my son’s fourth grade teacher during a regularly scheduled conference.  She showed me his papers, how he was doing in math and language arts and areas we needed to work with him on.  Then she told me that he had asked to make a special announcement to his class.

He got up  in front of the class holding a few papers and turned to them and said: “I know that many of you might have heard, but I wanted to tell you that it’s true – I’m gay.”  I let out an involuntary gasp, when she told me this, not because I didn’t know or was ashamed but because admitting something like that could cause problems for him at school and I didn’t want to see my son hurt.  But then she told me that he continued talking to the group. 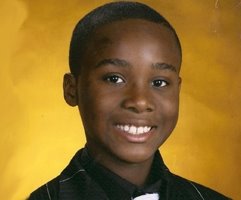 “I’ve been bullied because people think I’m different and being bullied can really hurt people.”  Then taking his cue from a show we’d seen on Nickelodeon called Sticks, Stones and Cyberslams, he then took out a photo of a young boy named Carl Walker Hoover who was polite and well mannered but who got teased for being gay. The pressure and the teasing got to be too much and hung himself at age 11. 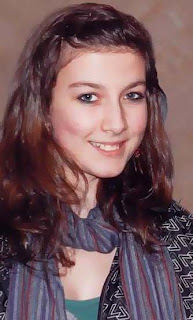 He also had a photo of Phoebe Prince, a young girl who was bullied to death because she was different.    He told them that words can hurt and that no one should have to die because they feel life is unbearable because they can’t be who they really are.  He then he asked for a show of hands of the kids in the class who had been bullied – all the hands went up.  He then asked if any of the kids in the room had bullied other kids and a few hands went up.   His teacher seeing a definite teaching moment opening up asked the kids how they felt when they were picked on.   The class discussed what it felt like to not be accepted and how words could hurt.  They talked about how everyone was different and that could make them a target for bullies.   After about an hour, it was time for the kids to go to recess where no one got bullied.


The teacher was afraid that she would hear from angry parents who had a problem with a discussion about homosexuality but she didn’t get a call or e-mail from a single parent.  Her guess was that the kids understood that my son was different in his own way like we all are and that’s what they took away – not that it was wrong to be gay but that it was wrong to make people feel bad about themselves.

I sat back from that meeting happy that my son had the courage to speak his mind but honestly feeling a little ashamed that if he had told me in advance what he was planning – I would have probably tried to talk him out of it.   I would have been afraid for him to take that chance – that he could have been rejected by those children – that his effort would have failed and the bullying would have intensified. My protective instinct would have been a huge mistake because after he had that talk with his class, the bullying stopped.  My misguided effort to prevent failure would have taught him and his classmates nothing.  Instead, the powers that be allowed me to stay out of it and to let things unfold as they needed to.  This time it was in my child's favor. 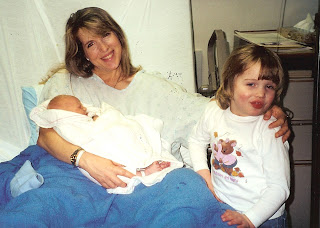 When you first hold your infant in your arms you wonder what sort of person your baby will grow into and project all those hopes and dreams into your child.   I remember when my daughter was born I was planning her wedding in my head when she was just a week old – seeing her as a future Disney Princess.  I’d dress her in pink overalls, a white hat with pink satin bow to match her pink cheeks.    She looked like a baby doll and for a certain time through her toddlerhood, she would wear frilly dresses like Cinderella.  She was my girly girl.  But as she got older, she rebelled against the onslaught of pink and frills.  In fact, I don’t even look at that side of the rack when I’m picking out clothes for her now, because I know that she won’t wear it.  I’ve had to change that expectation of my daughter because she is the awesome person she is -  just not one who is going to wear dresses, pearls, and a ton of ruffles to the school formal – that’s her- not me, and I’m really good with that. 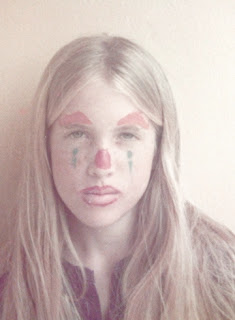 If I’ve learned anything as a parent, I’ve learned to release my expectations about who my kids are supposed to be.   But sometimes it’s hard to release the image of who you feel you’re supposed to be – the pretty blond girl - the middle daughter who always tries to keep the peace.  I wanted to be straight A student and I would pressurize myself to exhaustion try to get there.  I guess I thought it would make me happy.  I was an honor student and finished in the top 2% of my high school class with a 3.8 a grade average.   I should have been over the moon, but instead I felt like a clown that was hiding behind a mask that was supposed to make everyone happy but me.  This me at age 12.  I look like a deranged Jan Brady.

How many people out there have felt like this – showing one mask to the outside of the world, but inside you feel like you’re just barely hanging on?  Whether you’re trying to get good grades, get that internship, get that job that is supposed to solve all your financial problems you have this façade that the world sees, but inside you know better.    I think it’s because we can’t release the image of who we think everyone wants us to be – and you end up you feeling like this.   Eventually, I figured out that I'm not wired like everyone else and  that I see the world differently which is good -  but it’s still a work in process and some days I still feel like the teenage girl in this picture - good God don't we all?  But at least I can project the image of what the world finds acceptable - but what if you're gay and tired of trying to be something you're not.

When I realized that my son wanted to be different – wear make-up, nail polish, wigs, etc., I was concerned about how the world saw him and I knew that sometimes if you’re gay or transgender, it’s not safe to be yourself, especially in some parts of Georgia.  I tell him he is like Harry Potter and that home and church are Hogwarts – he can practice his “magic” with us and no one would make him feel bad about himself but around the muggles, he’d have to be careful.  He could wear his hair on a pony tail, but over the top make-up and bright nail polish was out.  After school and on the weekends, he can dress or be however he wants.  It’s the compromise we have for now but frankly we’re making it up as we go along. 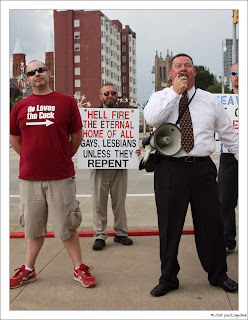 When we got to march in the Gay Pride Parade in the fall, he got to see that there were all kinds of people like him and we had a blast.  I was very grateful that our Unitarian church was part of that event and that both kids got to see people who were happy in their own skin, marching, hugging, singing and supporting each other.   It  felt like the happiest place on earth and really personified the word "gay."   Even the Westboro Baptist Church idiots could not diminish everyone's good time.  In fact, those folks had long scared my kids but when they saw them standing by the side of the road extolling their misguided philosophy that God hates gays, they walked over to them and told them it was not true.   The progressive Baptist church that was marching with us did the same and it made me smile because it helped my kids see that not every Baptist church felt the same way as these hate mongers did.

In Georgia, the school year has started and he is more open this year about being transgender - his hair is longer, his ears are pierced and his wears a bit of face make-up but not eye make-up.  So far, so good - but when school begins - everyone is on their best behavior both the students and teachers.  So far, we've been lucky that his elementary school and middle school have had people in the administration who are gay and have his back.   I know that there are other places in the country where that is not the case and gay students are picked on and bullied unmercifully. They are made to feel like they are wrong and worthless for being gay, transgender or different.   Hopefully, they'll have the support of their family and church but I know that many kids do not have the support systems we do and I pray for them. 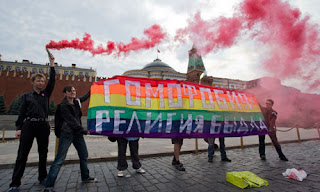 I pray for the gay people in Russia who are systematically being abused and oppressed because they are who they are.   I pray for all the kids who will be bullied this school year to have the courage to get through it because it will get better even if the idea of getting away from school and your tormentors is still years away.   It's interesting that polls can show that 93% of Americans support gay marriage but many gay kids in school wouldn't know it because the 7% who don't feel that way can still make your life a living hell.   I think the most courageous thing we can ask our children to do is not only be themselves but to stick up for those they see being bullied because you rob the bullies of their power.   The definition of courage is the ability and willingness to confront fear, pain, danger, uncertainty, or intimidation.  My son showed me that. He is one of the most courageous people I have ever known.